The has been official for sometime now. Dustin Ackley from the Seattle Mariners for Ramon Flores and Jose Ramirez. Both Flores and Ramirez have been mid level prospects for the Yankees and have both had chances in the Bronx to prove their worth. Given the depth of the farms Outfield and Bullpen options the Organization felt it would be wise to send these 2 guys to the Pacific Northwest. Yankees get in return a super-utility guy that can play the OF and 2B. Not sure what he will bring in term of offense but Yankees get that roster/player flexibility that they have liked for the last few years. I was a fan of Ramon's got to watch him come through Tampa and beyond. As for Ramirez he didn't help throw a combined no hitter in a 7 inning game. In the MiLB double headers are 7 inning games. I hope these two guys enjoy the Pacific North West and have some success with Seattle just not against the Yankees.

Took in a double header between Tampa Yankees and Jupiter Hammerheads. The two teams split the day. Dustin Fowler impressed again. He was on a cycle watch missed it by the HR. Jonathan Holder struck out Dee Gordon. Well these are the goodies from our trip to the game. Ticket stubs are Mike Ford and Tyler Wade and are from the 2015 FSL All Star game.

Caleb Cotham Gets The Call

With the Yankees designating Chris Capuano for assignment today the team called up former Vanderbilt pitcher Caleb Cotham. Cotham has been in the Yankees system since he was drafted in the 5th round of the 2009 draft. I would like to congratulate Caleb on his promotion to the big leagues. Some of his current and former teammates do as well. Check them out below.\ 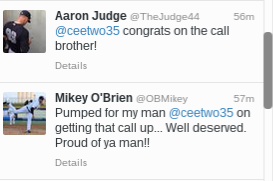 Also here is one of my Caleb Cotham cards. 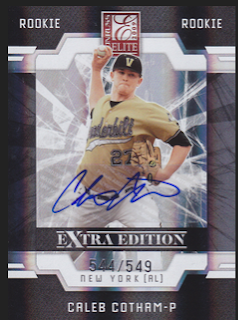 It is that time of the year where MLB.com releases their Mid Season Prospect Rankings. For the life of me I cannot find the pre-season/adjusted in season Top 30 rankings for the Yankees so I will not be able to do a full comparative of the previous list to this one just released. To no one's surprise the list opens up with the foursome of Luis Severino, Aaron Judge, Jorge Mateo and Greg Bird. I fully expect this same core to finish this season and open next season in this same range. Having said that this recent release of the list is a fair list. It is not the strongest showing in my opinion. Though they have brought in some interesting names. Looking forward to seeing if they can hold their current spots and make upward movement.

NEW FACES
Some new faces have been added to this current ranking. Be it either via top draft picks or talent that has shown they have risen to their stock to get some light. 2015 draft picks James Kaprielian, Kyle Holder and Drew Finley debut in the upper half of the rankings.  Hoy Jun Park joins fellow 2014 IFA signees Juan De Leon & Dermis Garcia. A couple surprise names showed at the bottom of the list in Cale Coshow and Jordan Montgomery. Not surprises as they don't really belong on the list but more so because I thought some other guys would be on here that fell off.

NO SHOWS
Since being traded to the Yankees they thing of note that Domingo German has done was get TJ Surgery. Given the surgery I am still very surprised that his name is not on this list. He was a top 10-15 talent. Tyler Austin has had to fight some nagging injuries again. With the given injuries comes some struggles and at times these ranks are feast or famine. Nick Goody and Nick Rumbelow are former LSU Tigers with explosive arms and I thought we would see at least one of the two on this list.

Movement
While there wasn't much room to move around in the top 4 spots. There was still plenty of room to move around in the lower rankings. Luis Torrens' stock took a hit after getting shoulder surgery. Miguel Andujar's early struggles bumped him down to the lower third of the rankings. While guys like Tyler Wade, Rookie Davis, Brady Lail & Dustin Fowler all made upward movement.

Took in a few games at at Roger Dean Stadium this past weekend to watch the Palm Beach Cardinals take on the Tampa Yankees. Rookie Davis was lights out in his start for Tampa. Tyler Wade was Tyler Wade at the plate. Dustin Fowler made a nice diving catch in CF. I haven't gone through my pictures if any of the images look clean enough to share but here are some of the Autographs that we were able to get. 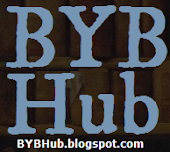